The Center was an undertaking of the Looking for Lincoln Heritage Coalition and the Lincoln Bicentennial Commission. It is located across the street from Washington Park and the 1858 debate site and was dedicated in October 2009 as a lasting legacy to the sixth debate and to commemorate Abraham Lincoln’s place in Quincy’s history.

A major feature of the Center, The Turning Point Exhibit, explains why the debate was so important and how it affected United States history. The eight-sided kiosk tells the story of the sixth debate and emphasizes its importance in defining the morality of slavery and catapulting Abraham Lincoln to national attention.

• The importance of the sixth debate on October 13, 1858
• The two candidates running for the U.S. Senate
• The appearance of the Square at the time of the debate 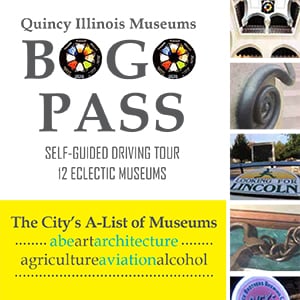